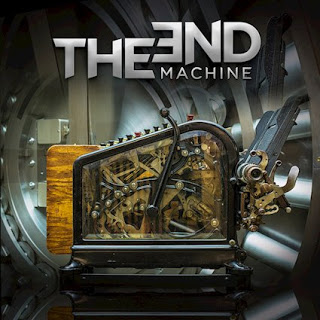 The End Machine
Between 1986 and 1990 I would like to think that I was Dokken’s biggest fan in Rhostyllen. Big words, eh? Fuck that, I was Dokken’s biggest fan in Wrexham, and I still am. That said, I don’t like Dons voice anymore, because its fucked. However, I still love that golden period from 83-89 where they were metal Gods!
In about 1987 I ditched my weekly fix of ‘Roy Of The Rovers’ and ‘Scoop’ and got my dad to subscribe (at a Wrexham newsagents) to ‘Hit Parader’, in the main hope of getting more of my Dokken fix that ‘Kerrang!’ and ‘Sounds’ could no longer feed. It was an expensive mag, and it was shite in comparison, but it felt cool to say I got a copy. Basically HP was like reading the transcript to Kramer vs Kramer. Don and George hated each other so much, I felt like the kid in the middle. Its continued on and off to this very day.
I’ve followed all the guys exploits since, from Lynch Mob, to T&N, the corporate version of Foreigner, KXM, Sweet & Lynch and Ultraphonix to name but a few of the Dokken Family Tree Branches. When news appeared about The End Machine, I have to admit that I let out a little wee. Lynch, Pilson and Brown were coming out with a new album that would feature the excellent pipes of (Ex-Lynch Mob, and current Warrant vocalist, Robert Mason) What is not to like? Well, thankfully nothing. But its not close to an album like ‘Under Lock And Key’ (not much is though to be honest with ya!)
Thanks to Frontiers Don, Serafino Perugino, bands like this would not exist in 2019 if it were not down to love and enthusiasm for 80s AOR and Hair Metal. He has revived more 80s careers than Stormy Daniels has revived flaccid cocks!
‘Leap Of Faith is more Lynch-ken than Dok-Mob. Its ‘Dysfuctional’ era Dokken only with Lynch Mob playing all the song. Mason sounds pretty great to be honest and gives the song an added lift. ‘Hold Me Down’ has all the hallmark of any of these guys previous, crunching riffs, Pilson and Brown harmonies and Lynch letting rip like only Lynch can. ‘No Game’ is classic 80-s metal, and I can see the video, recorded in the middle of a desert with helicopters and lost of posturing! ‘Bulletproof’ has anthem written all over it and Lynch’s guitar work takes me back 30-plus years! ‘Ride It’ and ‘Hard Road’ are standard fare really, but the stripped back cowboy sound of ‘Burn The Truth’ is more on the mark. ‘Alive Today’ is back on point and had a cool riff, and above average chorus, and a thunderous Pilson bass groove, making it one the best so far. ‘Line Of Division’ could easily draw comparisons to the first Lynch Mob album. ‘Sleeping Voices’ chorus is powerful and with everything thrown into it. Its both the longest and best song on the album by far as it builds to a crescendo. ‘Life Is Love Is Music’ keeps the album on a strong finish.
If it’s a replacement Dokken album you’re looking for, it’s clearly not that, although many comparisons will be drawn across the world. Mason has a great voice still, and Lynch has lost none of his ability (he is my second fave guitarist only to Ritchie Blackmore). The harmonies are what I expect from this talented bunch. Put it this way, its way better than any Dokken album you have heard in the past few years, and what’s to come. It stands clearly on its own, which I suspect its exactly what they wanted.
7.5/10
The End Machine –
Robert Mason – Vocals
Jeff Pilson – Bass
George Lynch – Guitar
Mick Brown – Drums
Released March 22nd 2019
Tracklisting
Leap Of Faith
Hold Me Down
No Game
Bulletproof
Ride It
Burn The Truth
Hard Road
Alive Today
Line Of Division
Sleeping Voices
Life Is Love Is Music
Highlighted tracks