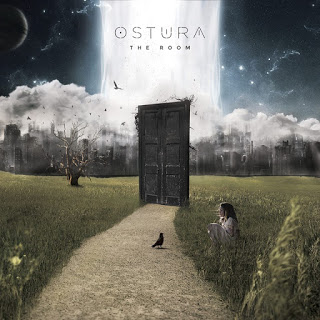 Six years is a long time between album releases. A lot can happen in that time, the biggest issue being the fan-base. In todays throwaway music era, where songs are disposed for having a 20 second intro by the ‘millennials’, but thankfully us rock fans are of a more discerning disposition and made of sterner stuff.  Six years is nothing in the scale of rock bands, but I had to admit that even I was a bit worried that this album would never see the light of day. It was written immediately after the debut ‘Ashes Of The Reborn) from 2013 up and through to 2016…..and here it is (finally) in 2018! Top marks to Ostura for not losing faith and getting ‘The Room’ out there. I for one am bloody glad that they have persevered. 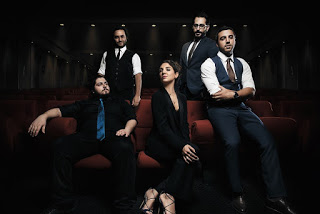 They probably feel like a cat with 10 lives, as it has been picked up by Universal Music MENA, when it could have literally gone south and not got released at all.  There have been some Ostura casualties along the way since their 2012 debut. Gone are Tony Ghanem (vocals) and Chris Naimeh (drums), and in comes Alain Ibrahim (guitars), and Alexander Abi Chaker (drums – live, and additional percussions, and he wrote all the drum parts for The Room’). For the album, Thomas Lang is behind the kit and has quite an extensive CV and I have to say, IS ON FIRE here.
The 12 songs were written in chronological order and work as a score for an equally cinematic storyline about a social recluse girl who takes refuge in a room. Locked in with her thoughts, fears and ambitions, the girl’s imagination turns the room into an endless universe where she is the creator. Soon after, the creation gains the ability to create and ask the right questions. The story tackles the notions of fear, perfection, social anxiety, ambitions, rage, power, and the struggle between the creator and the creation. 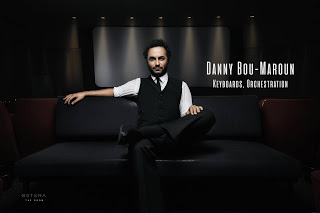 The Room is a massive production with performers from 12 countries, alongside the City of Prague Philharmonic Orchestra and the core band.. The premise has a lot to live up to. So, do Ostura live up to this high bar they have set for themselves?
Emphatically, yes! Where the debut was more ‘Metal’, and a mix between something like Avantasia and Kamelot, ‘The Room’ is a different experience entirely. The sound now is more cinematic and falls partly on the side of Ayreon who are the target and flgship for music in this genre. The sound (track) is like that of a film, it’s filled out and sounds huge, partly due to the involvement of The City of Prague Philharmonic Orchestra, a choir, string quartet, and an electric triangle. The whole concept has been so carefully constructed that the Orchestra and band are not overwhelming each other or jockeying for position. It’s a prefect balance of band and orchestra coming together for probably THE release of the year 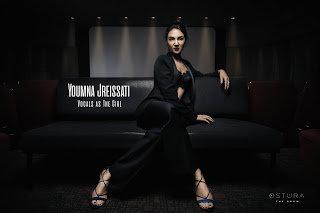 After a very long wait, I can wholeheartedly, 100% state that ‘The Room’ is worth it, and then some! Opening track ‘The Room’ starts with this pulsating and growing riff that explodes into action. The contrast is vocals between Erosion (Monsef) and The Girl (Jreissata) that works a treat, then you have the roughness/industrial vs. the angelic, light vs. dark, and the melodic Utopia (Michael Mills, Toehider) and the beautifully sounding ‘Girl’. The bar has been set very high right from the first note. ‘Escape’ has hall the hallmarks of symphonic metal that you could wish for. Mills proves to be the Ace in the pack as his vocals are ear-splittingly phenomenal. The Room is more than just Within Temptation with a couple of extra sets of balls, as Ostura throw everything into the mix, both vocally and musically, there is even the daddy of them all, a Hammond organ. 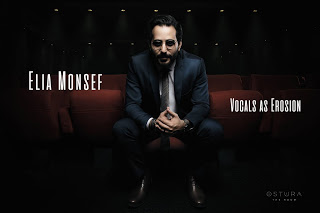 In case you are worried, the three-pronged (trident) vocal assault that was seen on the debut is still here. Only this time, Monsef and Jreissata have seriously upped their game, and have in Mills a singer of the highest quality. The guy is immense, his vocals are up there with early Queesnryche’s Geoff Tate. Monsef glides from low to high with ease, and Jreissati is just simply divine.
‘Beyond’ is where the cinematic soundtrack comes to the fore.  Alan Ibrahim’s and Marco Sfogli’s guitar playing collides with the PSO – electric vs. an orchestra, industrial riffs dueling against violins  (An orchestra is just the heavy metal of the 1600s to the present day, without a Marshall), all coming together for this huge soundscape of noise.  ‘Erosion’ is one of those songs that I wish I could play through a PA. It’s a track that you just can’t play loud enough. It mixes the brutality of guitars that Dream Theater used to do so well, with a male baritone choir! Ostura have so much faith in what they are doing that the orchestra parts come to the fore and throw in a choir for good measure adding further to the already pomp-tastic sound.

‘Mourning Light’ is the first chance to catch your breath as its just The Girl, and a small accompaniment in comparison. We have just witnessed the beautiful calm and serenity of The Girl, you know there’s something sinister just around the corner.  It doesn’t half deliver with ‘Deathless’. It’s the kind of intro that you would see on a film like Godzilla, or Cloverfield, dark and looming with a sense of impending danger. The final third of ‘The Room’ has two of the biggest songs in both ‘Darker Shape Of Black’, and the other being a 12-minute magnum opus ‘Duality’.  ‘For ‘DSOB’ it is SO Ayreon like, its like the man has written it himself! Even the solo sounds typical Lucassen. Well that is because Arjen Lucassen lends his guitar playing to this song. To get him for just the one song is a huge bonus for Ostura. This style is so distinctive that it is bound to draw comparisons. The song has everything – huge riffs, against a Middle Eastern backdrop, and with the orchestra adding an overall massive sound. The filling in the middle of these two monsters is ‘The Surge’ and is solely a vehicle for ‘Erosion’ and Monsef to take centre stage.
In fact I’m going to leave it right there. It would be a poor read if all I did was wax lyrical about every song in a similar manner. I blame Maroun and Monsef. Its their bloody fault the ‘The Room’ is so damn good! 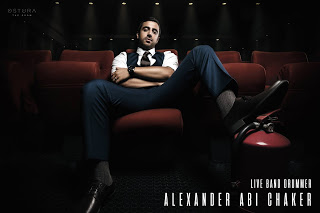 I simply cannot fully express in words how good ‘The Room’ is. If you’re a fan of Ayreon, and I know there are quite a few of you out there, you absolutely, positively need this in your collection. There’s a lot to absorb here, as ‘The Room’ will require several listens as its like being bombarded with a wall of sound. The end result though is seriously worth the wait. In the world of cinematic rock, Ostura stand-alone, no one can touch them. Purely as an album it is up there with Ayreon’s ‘01011001’ and possibly Dream Theater’s ‘Metropolis Pt. 2: Scenes From A Memory’, I kid you not!
Credit needs to go to Jens Bogren. Ostura have a hell of a lot going on here, and to get the production so ‘right’ has taken one huge effort. To mix the sound and multiple layers are not an easy task to make it sound as good as this, and he has done a superb job, where others could easily have failed.
Honestly, very few albums hit my inbox that are this good.  If anything peaks this in 2018 whether it be metal, prog, AOR and everything in between, I will be very surprised indeed. This is without doubt, awesome!
Score – Awesome!
Tracklisting –
The Room
Escape
Beyond (The New World)
Let There Be
Erosion
Mourning Light
Deathless
Darker Shade Of Black
The Surge
Duality
Exit The Room
Ostura
Youmna Jreissati – Vocals as ‘The Girl’
Elia Monsef – Vocals as ‘Erosion’ Charango, Additional Acoustic Guitar, Programming, Engineering, Media
Danny Bou-Maroun – Piano, Keyboards, Orchestration, Programming, Cubase Operation, Additional Percussions
Alain Ibrahim – Acoustic guitar, Rhythm Guitars, Guitar Co-arrangements
Alexander Abi Chaker –Additional percussions, Drums Co-arrangements on tracks (1,2,4,5,8)
Guest Musicians
Michael Mills – Vocals as ‘Utopia’
Thomas Lang – Drums
Dan Veall – Bass
Marco Sfogli – Lead Guitar on tracks (1.2.3.5.8.11)
Ōzgūr Abbak – Lead Guitar on Track 6
Arjen Lucassen – Guitar on Track 9
The City Of Prague Philharmonic Orchestra Conducted by Danny Bou-Maroun
The Lebanese Filmscoring  Ensemble – Choirs, String Quartet
Yamane Al Hage – Violin Solo on Tracks (3,8,9)
Jokine Solban – Violin Solo on Track 2
Nobuko Miyazaki – Flutes on Tracks (9,11)
Mohannad Nassar –  Oud on Tracks (5,10)
Roger Smith – Cello on Tracks (1,10,12)
Mixed, mastered and re-amped by Jens Bogren at fascination Street Studio, Sweden
Alexandre Moreira – Editing
All vocals, piano, violins, percussions, recorded at the Citadel, Dlebta, Lebanon
Twitter – @Ostruraband
Facebook – https://www.facebook.com/osturaband/