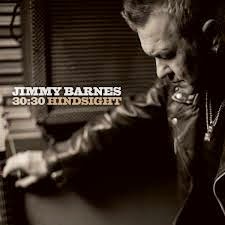 2014 sees the 30th (yup, thirtieth!) anniversary of Jimmy Barnes’ debut as Scottish born Aussie rock singer/songwriter, and to celebrate this feat, Mr. Barnes has recorded ’30:30 Hindsight’, his 15th studio album (not bad…an average of 2 a year, that would take some bands 60 years to emulate).
Barnes explains the thought process behind creating a collaborative album of his own tracks:

“I wanted to do something special for the 30th anniversary…  There was talk of a tribute album, but that idea would have taken me out of the picture. So then I thought of a much better idea – I’ll get all my favourite artists and sing with them!”

Personally, I think the blokes amazing, his voice has stood the test of time. Whilst never being truly soulful (certainly if comparing to Sam Cooke) his is a very distinctive sound. To top it off, his stats are pretty damn good as well – NINE no.1 albums; all bar one of his 14 studio albums debuted in the Top 3, and twice inducted into the ARIA Hall of Fame as a solo artist and also as a member of Chisel
Not only that, when he can call on the likes of Neal Schon & Jonathon Cain (Journey), Keith Urban, Joe Bonamassa, Steven Van Zandt and Baby Animals, they you know he is well and truly respected and admired amongst his peers

There was a time in the mid 80s when Barnes career was on fire – Working Class Man, Two Fires, Heat and the immense Jimmy Barnes S/T (aka For The Working Class Man). Amazingly only ‘Walk On’ and ‘Still On Your Side’ is represented from FTH album on the standard version of Milestone. The problem is – if you have a HUGE number of songs in your repertoire, which ones do you pick. Good Time with Keith Urban was one late casualty – in fact its pretty good to have to miss the cut. On this ‘standard’ version a lot miss the cut. All I can say is that there is a fairly good mix of songs from right across the Barnes spectrum, with even the likes of ‘Psyclone’ and ‘Love & Fear’ albums represented. 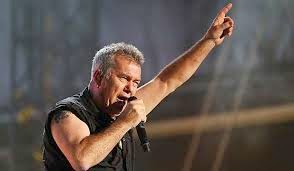 ‘Lay Down Your Guns’ (w/The Living End) is as good as the original version, slightly altered but excellent all the same. Its great to hear Suze DeMarchi of Baby Animals and the rest of the Baby Animals appearing on ‘Time Will Tell’). For ‘Ride The Night Away’, Barnes teams up with original co writer Van Zant. Originally written for Barnes it’s fitting that VZ play a part on what is a belting modernized version. Talent runs in the Barnes family as his daughter Mahalia shows she has a stunning set of pipes on her on the raucous Stand Up. Jimmy’s brother in law Diesel (even the bloody in-laws are talented!) duets on a cool version of ‘I’d Die To Be With You Tonight’. Bonamassa and Tina Arena are pulled out for the blues standard ‘Stone Cold’ with Bonamassa given free reign to do what only he can do. ‘Working Class Man’, a song designed to break JB in the states is assisted by the writer, Jonathan Cain, with guitar from Ian Moss (Diesel). Both Cain and Journey cohort Neal Schon appear on ‘Going Down Alone’ from the under appreciated ‘Psyclone’. It’s a broody song given the ‘what for’ by Schon and is definitely in good company on this album. Shit! Its one of the BEST songs on ‘Hindsight’ (check out the video below). Shihad and Barnes combine for ‘Love and Hate’ and I admit I prefer this to the original as its even more pulsating and in yer face than the original.
All in all you can see what I’m getting at. 30:30 Hindsight is a bloody good album as it stands. With newer and modernised / alternate versions of some of Barnes’ fave tunes. It may not please everyone due to some glaring omissions – ‘Driving Wheels’ / ‘Too Much Aint Enough’ / ‘Promise Me You’ll Call’, and ‘Good Times’, but what is here hits the mark.
Don’t bother buying the single CD version, there’s a belting 3 CD version for only a £6.50 more than the standard version. For the audiophiles there is also a limited edition of 1000 x 180g pressings. Go on, you know you want to.
Score 85/100
1. Lay Down Your Guns (w/ The Living End)
2. Time Will Tell (w/ The Baby Animals)
3. Ride The Night Away (w/ Little Steven)
4. Stand Up (w/ Mahalia Barnes + The Soul Mates)
5. I’d Die To Be With You (w/ Diesel)
6. Stone Cold (w/ Tina Arena & Joe Bonamassa)
7. Working Class Man (w/ Jonathan Cain and Ian Moss)
8. Going Down Alone (w/ Neal Schon and Jonathan Cain)
9. Love And Hate (w/ Shihad)
10. No Second Prize (w/ the Family Choir)
11. I’d Rather Be Blind (w/ Jon Stevens)
12. When Your Love Is Gone (W/ Ruby Rodgers and the Tin Lids)
13. The Other Kind (w/ Troy Cassar-Daley)
14. Walk On (w/ David Campbell)
15. Still On Your Side (w/ Bernard Fanning)
Going Down Alone
https://youtube.googleapis.com/v/QJNKeHIkuo4&source=uds
Stone Cold
https://youtube.googleapis.com/v/D99LZg18OWg&source=uds